Our passion for people, the planet and a serene and healthy lifestyle based on an innovative, ethical and cosmopolitan philosophy.

In a few days Sitges’s streets will be invaded by zombies and a fun, terrorific environment. The Sitges International Fantastic Film Festival is the first festival of its kind to be held in the world. This year 2021, it will be held between October 7 and 17, bringing together some of the best directors of the fantasy and horror genre.

It was inaugurated in 1968 and today it is one of the most recognized events in Catalonia, Spain and even in the world. All fantasy and horror film fans gather in Sitges every year to enjoy 10 days of an extensive and intense program full of options for all tastes.

Important directors such as Quentin Tarantino, Sir Anthony Hopkins and Judy Foster, among others, have participated in the festival. This year, for the first time in history, the Festival will open with a film by a female director. Ana Lily Amirpour will open on October 7th with her film “Mona Lisa and the Blood Moon.” Films such as Edgard Wright’s “Last Night in Soho” will also be shown.

This is not all, there will be an interesting Spanish and Catalan film debut. There will be world premieres of new films such as “El Páramo” by Catalan David Casademut and “Veneciafrenia” by Álex de la Iglesia. Several classics of fantasy cinema will also be screened, such as Pedro Olea’s “El bosque del lobo”, 1970 and “The return of the werewolf” by Paul Naschy, 1981.

Due to the pandemic, 2020 was a difficult year for the Festival, however this year, despite having 70% capacity and following all COVID protocols, the success has been amazing and unexpected. What was sold in all of 2020 has been sold in a week tris year. Almost all tickets are sold out!

It is a great opportunity to visit Sitges, whether you are a fan of fantastic cinema or if you want to live a unique and incomparable experience. During the Festival the streets of Sitges are filled with zombies, werewolves and all kinds of terrifying characters, be careful they could go into your dreams!

If you want to rest a bit from the festival during your stay in Sitges, you can check our last post where we talk about other activities that can be done in this small town with a wide range of activities such as wine tasting, museums, mountain walks, among others.

You can also stay in an old farmhouse and thus at night disconnect from fantasy and terror to connect with nature, history and fresh, pure air.

If you are interested in the festival, you still have time! For more information you can enter the festival website https://sitgesfilmfestival.com/cat where you will find the full program and everything you need to know about the festival. 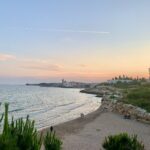 In Sitges you’ll find everything! Previous 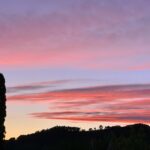 5 things to do in Garraf Park Next

By clicking "Accept all cookies", you agree that cookies are saved on your device to improve site navigation, analyze site use, and our partners will collect data and use cookies to serve you personalized ads and measure performance. .

This website uses cookies so that we can offer you the best possible user experience. Cookie information is stored in your browser and performs functions such as recognizing you when you return to our website or helping our team to understand which sections of the website you find most interesting and useful.

If you disable this cookie we will not be able to save your preferences. This means that every time you visit this website you will have to activate or deactivate cookies again.

This website uses Google Analytics to collect anonymous data such as the number of visitors to the site, or the most popular pages. These cookies can also be used to serve you personalized advertisements and measure performance.

You can get more information at:

Please enable strictly necessary cookies first so that we can save your preferences!